The drop point, 420HC, stainless steel 863 Selkirk from Buck Knives is described as a survival knife? I guess this is because of the whistle and fire starter built into the moulded nylon sheath?
I see it more as a good camp knife and perhaps a backup skinning knife.

I like the look of the Selkirk, I also like the feel of it in the hand, the curved handle is nice, despite it being a little bit handle-heavy, due to the full tang and solid steel butt-end that can be used as a hammer.

A good hunting knife? well maybe… I would be comfortable describing it as a good skinning knife – due in part to the drop point, easy to sharpen 420HC stainless blade, along with the firestarter, and secure sheath, the 863 Selkirk could be a great backup knife for the multi-day deer hunts I like to do?

Yes, I know, it is a “Survival Knife”, but show me a drop point blade, and I will see a hunting knife – whatever the label the makers have attached to the knife.

I haven’t used one for skinning as yet, but I did have my hands on the latest model in our local hunting store while researching this review.

I have to say I was impressed, As well as being a well designed good looking knife, the 863 Selkirk, the larger of the 4 Selkirk models is nice in hand, quite a good weight, not too light, it feels like it would last the distance, a good solid well made knife that I could rely on.

The Micarta Handle on the 863 Selkirk has a strong solid feel but a bit too heavy to be considered perfectly balanced for skinning deer, blame this on the full tang, solid bolster, and the hammer on the pommel which in an emergency could be used for breaking windows perhaps?

Feels Good In The Hand

I found the slight curve in the handle a nice design touch, it makes the knife easier to grip and feel more secure.

The other models: two are Pocket Knives, the other is a fixed blade, 853 Small Selkirk.
All are worth a look as they do have overlapping uses.
Check Out The Full Range Of Buck Knives On Amazon

For me, the Buck 863 is more a skinning knife or camp knife, rather than survival, but it could also make a good EDC if you live in a rural area where a knife on your belt isn’t going to scare the crap out of the people you meet.
Perhaps one of Bucks Top Pocket Knives would make the better EDC knife if you need to be more discrete?
Would you buy the Buck Selkirk as a survival knife? or do you see it more as a hunting/skinning knife?

The total length of Selkirk is 9.5″ including full tang in a Micarta Handle.
The drop point blade is 4.6″ including its sharpening choil.
Made from 420 HC stainless steel hardened to RC58.
The 863 Selkirk features an un-bevelled spine, allowing you to create sparks with the back of the blade – no need to damage your blade just to light a fire.

Also included is a 2.25-inch Ferro rod, with an emergency whistle built into its grip.
The 420HC steel [HC = High Carbon] Buck Knives are famous for getting the most out of high-quality 420HC steel with their specialized heat treatment…

420HC is often poorly critiqued by “Knife Experts” but it is popular steel with many knife makers.
I have used a lot of knives made from 420HC over the years, In my opinion, it is reliable, durable, and offers good corrosion resistance with good edge retention, combined with ease of sharpening to maintain a good working edge.
What’s not to like? 420HC works as it should!
Not everybody feels the need to slice up sheets of paper, as the experts do in Youtube Videos?
Some of us just want a reliable sharp hunting knife to skin-out, and process our deer, then get home safely…

The sheath seems to be designed to look cool… and it does succeed in this!
Also, the sheath is completely ambidextrous. If you are left-handed you will be able to re-arrange the sheath attachments, belt loop and fire starter tube, to fit exactly as shown in the photo… That’s a great feature you don’t see very often.
That said, the Selkirk sits far too high in its sheath, for my liking?

The Buck Selkirk Sheath is made from injection-moulded nylon I have to admit it is an impressive looking versatile sheath, its well thought out multi-mount system allows for vertical or horizontal carry… But I Don’t Like It!
For me, the Selkirk sits too high in its sheath, knife handles should protrude from a sheath about an inch – just enough to grab them.

To keep things simple, I would opt for horizontal carry, or even better keep the knife in my backpack or belt bag, despite good knife retention – the knife sits far too high for my liking, the complete handle is exposed.
The way I hunt, it would get caught up on everything and possibly lost, as I push through the tight scrubby bush, or as you take your backpack off and on, or sling your rifle…
I can see it becoming a major irritation at times when you just don’t need it.

The included Ferro Rod and an un-bevelled spine provide a means to make fire without damaging the blade. Overall, it performs well for basic bushcraft at a price almost anyone can appreciate.
The fire steel is long enough to accommodate large hands without seeming too awkward for those of you smallish hands.
There is a moulded “thumb push” on the sheath to help in drawing the knife and a fire steel “tube” carrier with bayonet fittings to secure the fire steel either way up.

Whenever I view a new knife even if it is described as a survival knife, as the Selkirk is, I can’t help but judge it on its suitability for hunting…

The Buck 863 would make a good skinning knife, EDC, or general camp knife for food prep etc, it is a very nice looking knife that caught my attention straight away, but I didn’t feel the urge to rush out to replace my current hunting knives.
If you do want to buy it? here is a shortlist of the uses I feel it is suited for

In short, I like the Buck 863, but I just don’t like the way it sits so high in its very nice, well-made, sheath…

Some of you will discount the Selkirk based on the fact it’s a Buck Knife made in China, If you would like to buy Buck Knives made in the USA?
Buck would love to supply them to you…
They still do make a selection of their knives in the USA and to give them the credit, they make a genuine effort to identify the China-made knives from the made in the U.S.
Buck Knives Made In China?
But the Buck 863 is made in China for a reason – keeps the total knife costs down this will benefit buyers like you!
Recommended – Yes
The 863 Selkirk is a well-priced knife that will last for years, a good solid knife, I would be happy to own if I needed another backup skinning knife with all the and a whistle! complete with a Ferro firestarter thrown in… 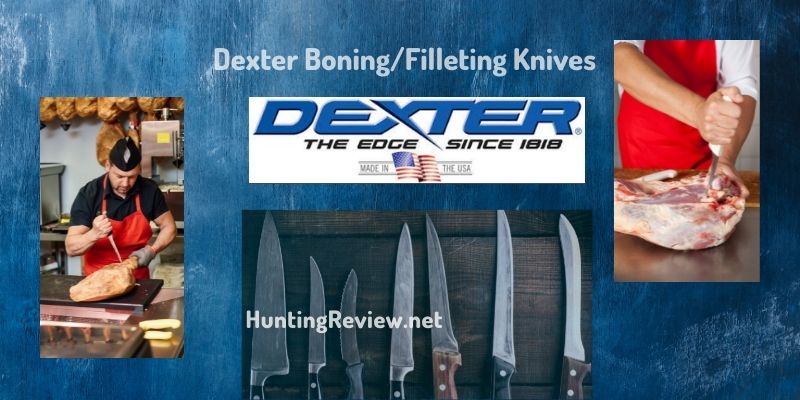 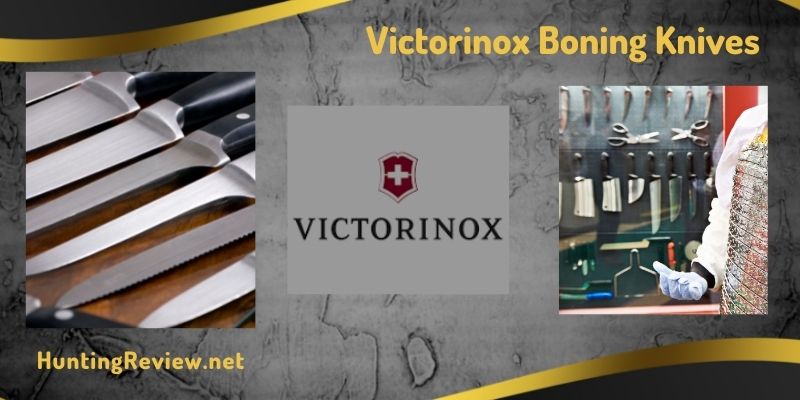 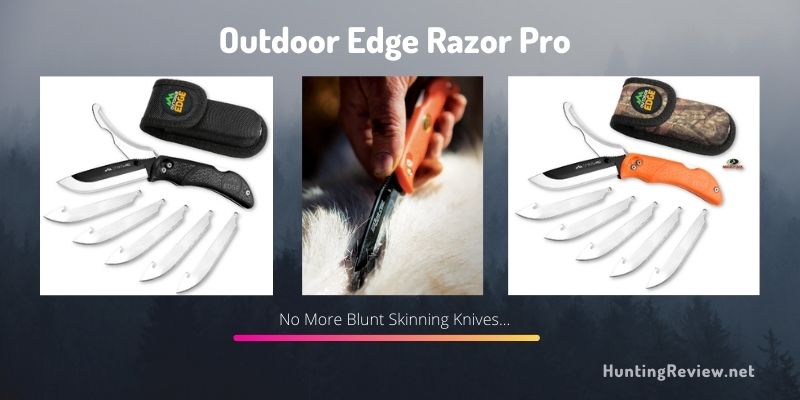 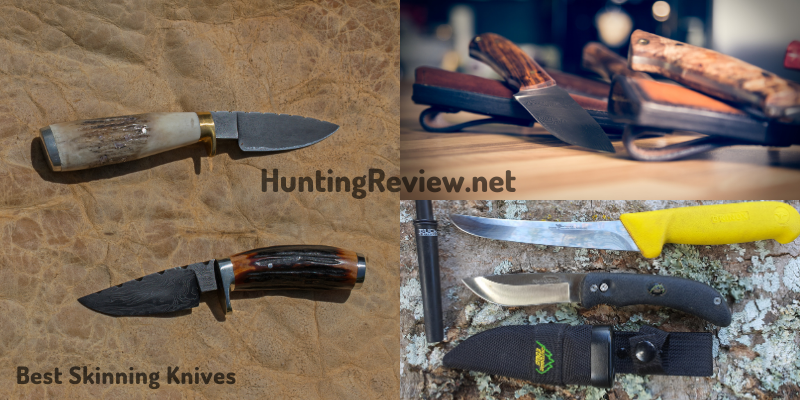 SAVE BIG TIME! – DIY Build Your Own Skinning Shed… 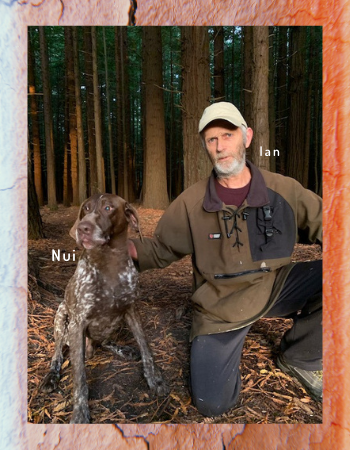